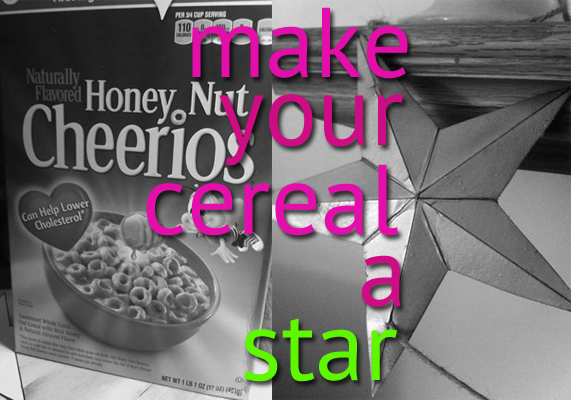 Some time ago I pinned this tutorial but I wanted to make my 3D star, made from the cardboard of a cereal box,  into a garland type project to drape over my mantle. I envisioned being able to use my star garland for many different holidays using the appropriate accessories. This project is very easy but it does take a bit of time to trace and cut out all the stars. Of course, if you aren’t doing a garland then it should go MUCH quicker for you!

1. 1 Cereal Box. I used an empty Honey Nut Cheerio cereal box I bought at Costco which means the box was really the size of two boxes!

7.  Twine. You’ll need about 5 ft of twine if you’re making a garland of stars.

You’ll need to unfold the cereal box (shown below) but be careful not to rip the cardboard. I printed two different sizes of the star template (shown below) and I figured I could cut out 4 large stars and 6 small stars out of this one box! 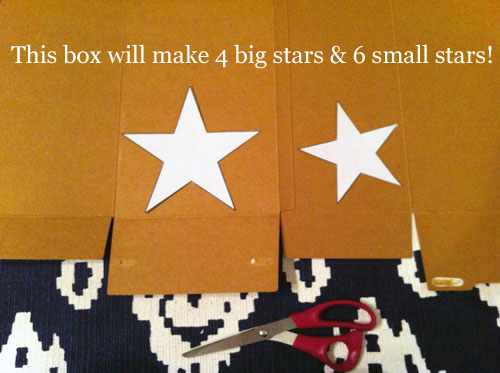 Once you have all of your stars cut out, you’ll need to use your ruler and sharpie to draw the “spine” of each of the 5 points. To create a spine, begin at each point and draw a straight line through the star (shown below).

Hint: The better you are at intersecting all the lines in the middle, the better your 3D action will be.

In step 1, you’ll use your ruler and X-Acto knife to score the “spine” of each point. Be careful not to cut all the way through! When scoring your spine I recommend that you start your score at the opposite end of the point (shown below in Step 2). I started off scoring in the same direction as I used when drawing my lines and I noticed I couldn’t score the tip of the point as well as I was able to when I ended with the point. Wow, that sounds confusing. I hope it will be more clear as you put this tutorial into use.

Hint: I scored the spine of each point twice using my X-Acto knife with moderate pressure.

In order to create the 3D effect, I broke the spine of each point first. By “breaking” I mean by taking both hands using your fingers on either side of one point’s spine, break it like a Kit Kat. Give me a break, give me a break….

Anyways, do this for each spine first. Then go back in between each point and break the spine in the opposite direction. So, each point will be the mountain while the lines in between the points will be bent in like a valley. 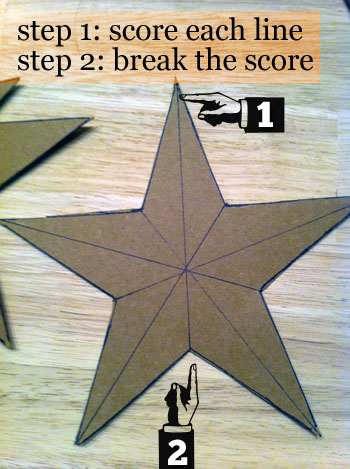 Continue to break your spine until you get the desired 3D effect. Here’s my star before the spray paint. 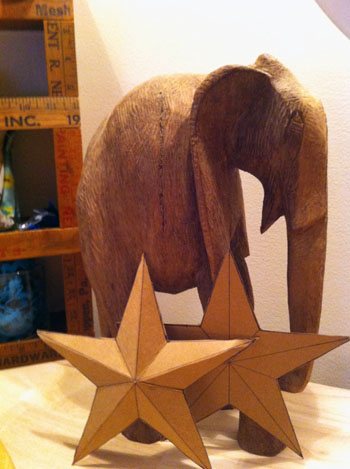 If you’re doing a garland, take your single hole punch and pick a point to punch! Thread the twine through and knot the ends. That’s it!

If you want to paint your stars, I recommend spray painting the back first. I sprayed the back of my stars with  Krylon’s Oil Rubbed Bronze and the front got a few coats of Rust-Oleum’s Metallic Pearl Mist. Even though I prefer the look of the oil rubbed bronze and twine, I have a specific reason for using the Pearl Mist. But I can’t tell you yet! 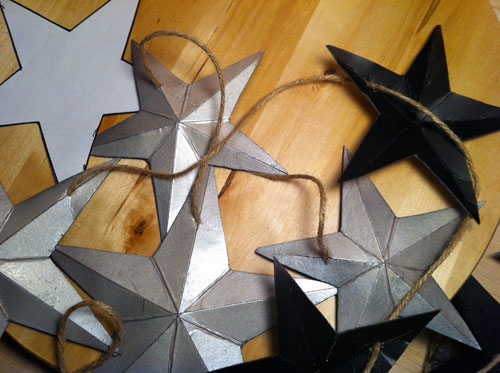 Ok, before you judge my mantle you have to know that I spent ZERO time putting it up. No tape or tac was used! I just wanted to give you guys an idea of what’s to come. However, I have a lot of work to do on the mantle/fireplace area before I can show you. I hope to have that reveal shortly! 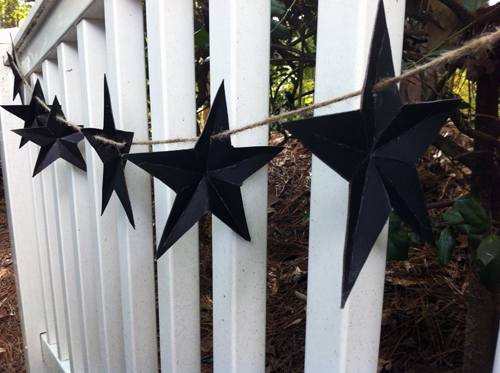 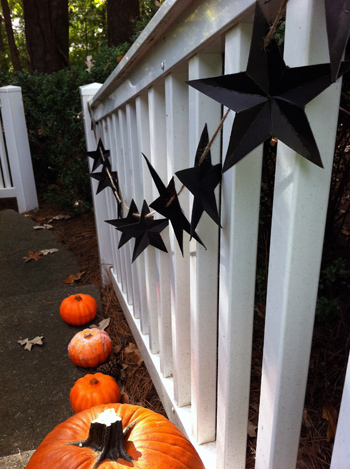 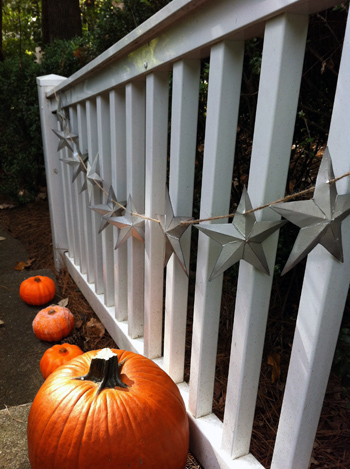 Here’s a photo of my star garland on our mantle for fall! 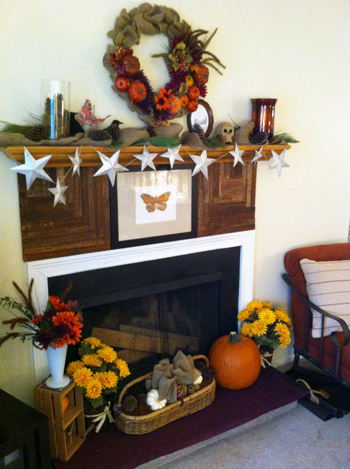 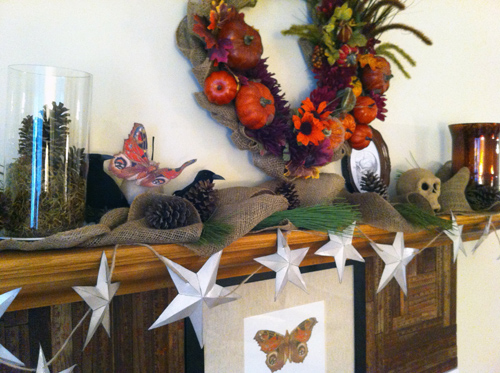 Question: What do you think of my star garland?